I’ve seen/heard a couple of references to electric vehicles having “infinite torque” and something seems to be lost in translation. What they are referring to is that electric motors have “peak torque” available at 0 RPM. Essentially their torque curve is flat unlike internal combustion engines.

Note that the torque curve doesn’t stay flat forever, eventually the limitations of physics prevent that.

Below is a comparison of a Tesla Roadster and Chevy Camero from automobilemag.com 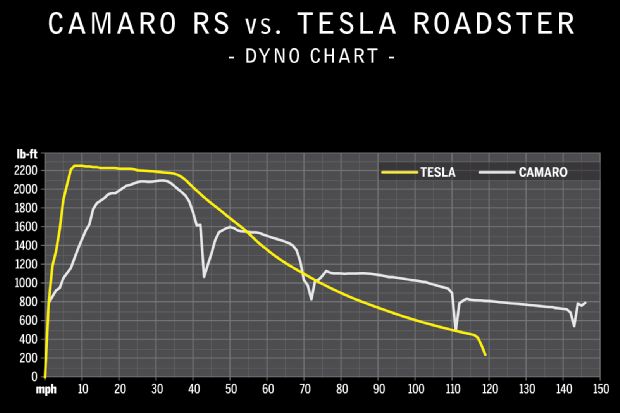 The following graph shows the torque each car’s rear wheels experience during an all-out run from a stop. The dips in the Camaro’s torque are the shifts between gears, which happen quite quickly and are among the smoothest you’ll see. Note that the Tesla has no interruptions. Between 0 and 55 mph, the Tesla is the clear winner, even though by 40 mph, the Tesla’s AC motor output begins diminishing.